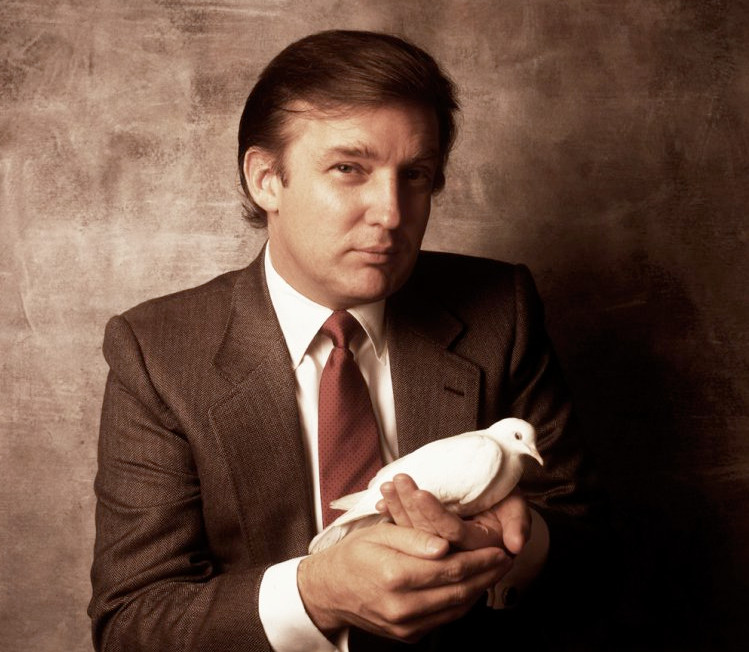 When last we left Young Donald Trump in this space, a couple of months ago, I had praised him – tongue in cheek – for his revolutionary plan to solve New York’s homeless problem.

He had made the Koch administration an offer to house — free of charge, with heat, hot water and grand views of Central Park — some of the city’s sidewalk people. He wanted to put them into 14 empty apartments in a building he owns on fashionable Central Park South, across from the Cafe de la Paix.

The offer was only temporary, unfortunately, since Young Donald plans to demolish the 15-story building and erect in its place a larger and much more lucrative luxury hotel or condominium.

City officials were naturally suspicious — as was this corner — and declined the Trump magnanimity. They thought he merely wanted to implant the derelicts as a scare tactic to drive out the remaining paying tenants faster and thus start making his big profits faster.

While Young Donald has certain talents and is likable (somewhat in the manner of Old Ronald), and while the city will always need brash and hustling developers, his proposal was a lot of eyewash. Put simply, it was obscenely condescending to the homeless, using them as pawns without feelings, callous to the tenants and devious to the city agency for the homeless, which said no thanks instantly. In my earlier column, I used lampoon rather than harpoon to skewer the Trump tomfoolery. But then something happened to make me take tongue out of cheek. Charles Sternberg, executive director of the International Rescue Committee – a laudable organization that since 1933 has been helping refugees settle and find jobs in this country – wrote me a letter asking if I thought Mr. Trump would offer the same free apartments to Polish exiles from the Solidarity movement who are seeking a haven in the U.S. The Trump offer was perfect for them, since they need only temporary housing to give them time to find permanent apartments. Moreover, none of the suspicions justifiably raised about placing the homeless in these apartments could attach to the Polish refugees. I suggested to Mr. Sternberg that he write directly to Mr. Trump. His plea to the developer, dated June 21, spoke about Mr. Trump’s ”generous offer” toward the homeless and ”about a problem we are facing with regard to Polish refugees who are now arriving in New York and for whom we are looking rather desperately for affordable housing.”

Mr. Sternberg’s letter went on: ”They are homeless in the sense that as newcomers they have never had a home in the United States. And they are quite desirable tenants, having been exiled from their native country for their active participation in the Solidarnosc struggle. . . .” No response came, so after two weeks, someone from the International Rescue Committee called the Trump office, spoke with an assistant and ”was told that our suggestion was not really what (Mr. Trump) had in mind.” But the assistant said they would ”get back” to the I.R.C. When there was still no word, Mr. Sternberg – last Thursday, five weeks after his initial appeal – wrote a second letter to Mr. Trump. In it, he talked about the growing number of Poles being released from detention on condition they leave Poland and noted that the housing shortage here was not limited to Polish refugees. The I.R.C. in recent years has been helping thousands of Vietnamese, Cambodians, Laotians and others. ”Your readiness to assist us,” Mr. Sternberg wrote, ”would not only alleviate this problem . . . but, hopefully, would serve as an example to other landlords and open up similar opportunities in other buildings (set for conversion to co-ops or condominiums). ”Impressed with the spirit of your initial offer, I thought of you as the initiator of a trend which would be of major humanitarian significance in a city which has never been oblivious of the words inscribed on the Statue of Liberty.”

After receiving a copy of the second letter, we called the Trump office to find out the reason for his coolness to this idea. Young Donald was said to be out of town, but a secretary explained: ”That wasn’t the intention of our offer. We were talking about people who live in America now – not refugees. I don’t think this is something he would consider.”

Let’s all urge him to reconsider. Otherwise, some people around town are going to start calling him a phony.

Unless the Trumps are direct descendents of the Onondagas or the Sioux, their ancestors must have arrived in America in need of a home.

And just when did Young Donald become xenophobic? He has no objection to foreigners buying multimillion-dollar condominiums in his Trump Tower on Fifth Avenue or to having foreigners gamble their money at the casino he is building in Atlantic City.

Now’s his chance to prove that he was sincere the first time around, that he wasn’t just trying to scare his tenants out of attractive 100 Central Park South – for profit only.

View all posts by Jane →