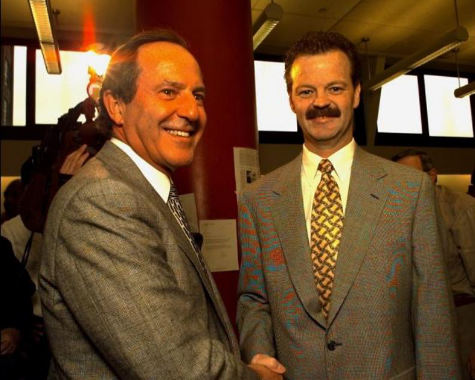 On the surface, the story is about libel charges and legal technicalities. At bottom, though, it’s about newspaper behavior and questions of fairness, integrity, responsibility. The evidence is powerful that a big newspaper behaved recklessly and caused hurt to someone and then dug in its heels and refused to say it was sorry.

It happened just about a year ago — April 26, 1994 — that a young woman came sobbing out of Prospect Park in Brooklyn in the late afternoon and reported to a policeman that she had been raped.

In the Daily News two days later, a columnist wrote that she made the whole thing up. She was a “hoaxer…looking for publicity,” the column said. He labeled her “the woman who cried wolf.”

After listing earlier, “real” crimes in Prospect Par, the columnist wrote: “And then you have this woman coming forward with her fiction five years after the jogger in Central Park.” Finally, he described a policeman who had died several hours later that night in Prospect Park when his squad car crashed into another as they rushed to the scene where “a real victim” had reported a mugging. Then came this sentence: “The cop died and the woman lived on, to lie again.”

The police department soon after reported that forensic tests had produced evidence that the woman had not lied. The police lab, testing samples taken from her body and clothes, found there was semen in her vagina and her jogging shorts.

The Daily News columnist, however, didn’t take back what he had written. She was a fake, he kept saying. He said it in a column the day after his first one appeared. And he said it again two weeks after that, announcing that the lab had made a “mistake.” “No semen had been found,” he wrote. He provided no documentation.

The young woman, distraught, filed a libel suit against the Daily News and its columnist. The News said “we stand by” the columns.

The woman’s privacy, as the victim of a sex crime, is protected by law and tradition. For my purposes here, it is not necessary to write down the name of the columnist either. The responsibility, in the end, is that of his newspaper, the Daily News, which seems willing to spend millions in an effort to avoid embarrassment, when it would cost nothing or next to nothing to do the right thing — apologize and seek an honorable resolution with the woman.

The woman has no money to speak of. Her lawyers, Martin Garbus and Gerald Singleton, have taken the case regardless.

The pretrial depositions have begun, and the transcripts are revealing. The woman has been questioned by the lawyers for the Daily News. The columnist has been questioned by Garbus and Singleton. On his attorney’s direction, he refused to answer virtually every significant question and would give the names of no one he spoke to about this story. This included not just people claimed as confidential sources but his editors and publisher.

Also deposed by the woman’s attorneys, as a witness, was John Miller, a friend of the columnist who at the time was the deputy commissioner in charge of the police information office. Miller’s deposition does not back up the columnist’s story.

The columnist testified that he first heard about the rape report, at around 5:30 p.m. on April 27, the day after it occurred. He said it came out of a telephone call he made to a source. Miller, in his deposition, said he received a call from the columnist at about that same time. A second call came from the columnist, Miller said, some time before 8:30 p.m. That was the time the columnist gave for when he finished his reporting on the story and began writing it.

In the three hours between 5:30 and 8:30, the columnist testified, he spoke to about a dozen people. Nine, he said, were Daily News journalist, one was vaguely described as some kind of News employee and another was the columnist’s wife. Then came some confusion. The columnist initially testified that he had also spoken to two police officials. But later his lawyer amended that, saying: “The witness testified to two conversations with the police department. He has not testified to conversations with two sources.”

This would seem to indicate that Miller was the columnist’s only police source for his first column — since Miller testified he had two conversations with the columnist in the relevant time frame.

The legal problem here for the Daily News is that it is claiming the the columnist legitimately based on work on police sources who expressed doubts about portions of the woman’s account. Yet Miller testified that never in his conversations with the columnist had he suggested that the woman had committed a hoax or, as the columnist wrote, “probably will wind up being arrested herself” because she “invented the crime.” Miller also testified that he knew of no other police official who had expressed such views.

One can now understand why the Daily News lawyers are beginning to sound desperate. In their latest legal motion, they say: “…it will not suffice for plaintiff to prove that she was in fact raped….the alleged libel in the ….columns is not that plaintiff lied, but that the police believed she lied.”

One has to admit the Daily News position is a novel definition of responsible journalism: The woman may well have been raped, but this newspaper and its columnist didn’t damage her; the unnamed sources did it by telling the columnist about their doubts. He just put it in his own words.