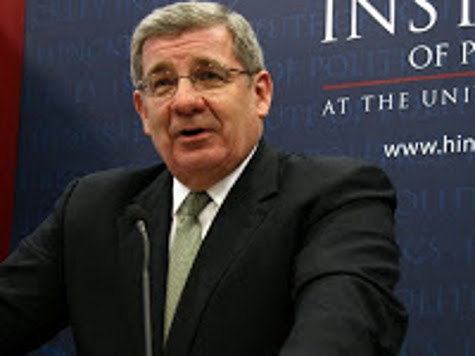 The general drift of the press coverage of Vietnam-era MIAs has been to buy the government’s pitch that all the missing men are now dead. The White House’s disinformation campaign, conceived to protect Washington from embarrassment, has for 20 years sought to conceal the abandonment of these men at the end of the war. A key technique has been to label every sighting of live POWs in Indochina as either a hoax or a mistake.

Today’s column, the latest of many I have been writing on this story, is about a man who cannot be dismissed as a hoax or a mistake.

He is Stephen M. Studdert, 43, who served as a White House aide to three presidents – Gerald Ford, Ronald Reagan and George Bush. He ran Bush’s inauguration committee and then became a special presidential assistant. He left the Bush White House in 1989 to spend more time with his family in Utah. Since 1990, he has been trying to rescue living American prisoners from Laos.

Studdert says his investigations and trips to Laos have convinced him that men are still alive there. “I read a lot of data through three presidencies,” he said in an interview in New York recently. “We have an obligation to do everything within our power to get them back, be it through the government sector or the private sector. Cost is not a factor.” ‘

Studdert says he travels often to Asia where he looks after business matters and also meets with contacts on the POW issue. He describes his business as investment banking on the international level and says it’s a “modest” operation, giving him the time to pursue his other interests.

His last visit inside Laos – where the evidence places the bulk of the unaccounted-for servicemen — was in 1991. During that stay, his sources put him in contact with Laotians who said they personally had seen 11 American POWs in their home village in the remote northern part of the country. They said the sighting was recent.

Studdert persuaded one of these Laotians to return to the village with a camera. Weeks later, the man emerged; he still had the camera but he said the film had been seized by government troops. He said the POWs were still there.

This Laotian and others in his family and circle of friends provided other information as well. They said that some years earlier, eight Americans had been buried in their village. One man said he helped dig the graves, which he said remained identifiable. The father of the man who tried to bring out pictures of the live men told Studdert that one of the 11 prisoners was a black man. There are no blacks in Indochina other than the black Americans who served there.

Studdert says he asked these Laotians why the Americans could not escape. The answer was that they were under guard at all times — doing agricultural work all day and held in detention houses at night. There was one exception, they said: an American who had a Lao wife and lived with her elsewhere in the village.

Studdert said by telephone from Salt Lake City on Tuesday that he had just returned from another trip to Asia where he met his POW contacts in Hong Kong. “There are indications we may be making a little
progress,” he said.

Progress with live POWs? he was asked.

“They’re the only kind I’m interested in,” he replied.

Obviously, this account is entirely Studdert’s. And there is much that I still do not know about his business (Studdert Companies) and his POW contacts and the nature of his present ties with the White House. (He says he has given his POW information to senior White House aides, who have told the president. )

But from what I have been able to confirm, I doubt very much whether he is making up any of the parts of the story he has told me.

For example, he acknowledges that one of his POW contacts is Ching-Kwan Ma, something that I had learned from a source before I met with Studdert. C. K. Ma is a well-known Hong Kong millionaire who publishes the Oriental Daily News, the biggest Chinese-language paper in Hong Kong. He gives generously to Republican Party causes in the United States. He was, for example, a big donor to the Reagan presidential library in California, at the opening of which, last year, he was escorted by Studdert and met with such Gap figures as Caspar Weinberger and Ronald Reagan himself.

Studdert says Ma is an admirer of this country and its principles.

The prisoner issue “bothers” Ma, Studdert says, so “he has helped open doors for me and provided financing for my trips. ”

Studdert himself says he was drawn into the prisoner issue through his religious convictions as a Mormon and through some personal, emotional experiences, which included his White House role in organizing the interment at the Arlington cemetery for the unknown soldier from the Vietnam War.

Again, while there are many details he has not told me, I believe his commitment to bringing home live POWs is sincere, as are his efforts to gather solid prisoner information. Also, his ties to White House officials past and present are very real.

So the next time you read or hear that the live-POW story is all smoke and mirrors, just think about the government’s disinformation campaign and the spoon-fed press and remember that there are people like Stephen Studdert out there who are diligently gathering POW information — and who are quite authentic.