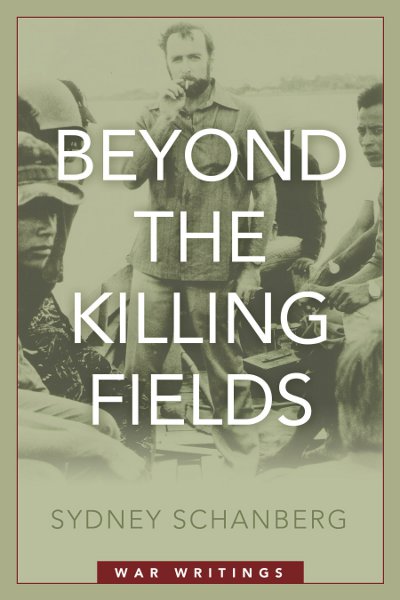 In the preface to the book Schanberg asks:

Why put together a collection of old war stories? What useful purpose does it serve? My answer is simple. To me, now a septuagenarian, it seems that our planet — and maybe Washington in particular — has become almost comfortable with regular wars. President Eisenhower’s warning to America to beware of “the military-industrial complex” has been brushed aside.

We Americans are notoriously deficient about taking lessons from our own history. So perhaps this book will remind people what war is really like. Slaughter is no less bestial now than it has been through recorded history.

Armed with this knowledge, the next time a politician says we must invade and destroy evildoers who are being well contained by other means, maybe we’ll think twice. And, then, maybe we won’t.”

When Sydney Schanberg decided to remain in Cambodia and cover the fall of that country to the communist Khmer Rouge in April 1975, his main consideration was staying with the story he had been reporting in The New York Times for the previous five years—how America pushed its war in Vietnam into this small neighboring country and consumed it. His daily dispatches were written with haunting detail, often by candle-light through the night, after perilous daytime visits to the scenes of battles or bombings and solidified Schanberg’s reputation as a premier war correspondent. For his account of the war and the collapse of Cambodia, he received the Pulitzer Prize for international reporting “at great risk,” as well as the George Polk Award and numerous other distinguished journalism prizes. 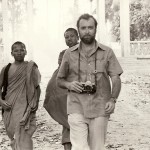 Chapter One. Cambodia, An Unnecessary War . An eyewitness account of the fall of Cambodia to the genocidal Khmer Rouge.

Private archive pictures from Chapter One

The Academy Award–winning film The Killing Fields, which brought the Cambodian tragedy to worldwide attention, was based on Schanberg’s experience in the final days of the country’s collapse when he was forced to leave behind his Cambodian colleague Dith Pran. The highly personal story of his search for Pran—who was feared lost in the brutal chaos imposed after the takeover by the genocidal Khmer Rouge regime—was first published in The New York Times Magazine as “The Death and Life of Dith Pran,” and is included in the anthology. 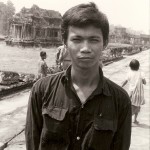 Chapter Two. The Killing Fields . The last days before the fall of Cambodia followed by Schanberg’s desperate search for his Cambodian colleague, Dith Pran, who was unable to leave the country and became lost, for nearly five years, in the madness of the Khmer Rouge regime.

Cambodia and Vietnam were not Sydney’s first exposure to armed conflict. On overseas assignment for the Times in 1971—as bureau chief in New Delhi during the Indira Gandhi years—he went to the front lines of a little-known war, the struggle for independence in East Pakistan, now Bangladesh. He reported that clash between the Indian and Pakistani armies, and the ethnic cleansing that preceded it. 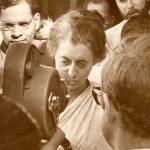 Chapter Four. Vietnam, 1972. While in Asia, Schanberg also spent some time in Vietnam.  First-hand reports from the front lines in Vietnam during the massive 1972 North Vietnamese Easter offensive.

After leaving Asia, Syd Schanberg went back to the Times’ home office, where he was appointed City Editor and then Op-Ed columnist until 1985 when he left and moved to New York Newsday.

During the summer of 1997, elements of the communist Khmer Rouge – having retreated to remote jungle areas after being pushed from power by the Vietnamese Army — began to fragment. When it appeared that Pol Pot, the communist leader might possibly be brought to justice, Sydney returned to Phnom Penh for Vanity Fair magazine to report on the story. On the first weekend of that trip he found himself once again covering war in Cambodia when a military coup took place, deposing Prince Ranarridh, the royalist co-prime minister who had been making overtures to the Khmer Rouge. 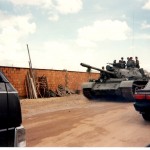 Chapter Five. Return to Cambodia: A Military Coup.  Years after the defeat of the Khmer Rouge, Schanberg returns to assess Cambodia — and a military coup erupts.

Beginning in the late 1980s, as a columnist at New York Newsday, Sydney Schanberg began digging into the fate of U.S. POWs in Vietnam. He found a mounting body of evidence that men were left behind even though then President Richard M. Nixon declared that all our prisoners had been returned. Then in November of 1991 the U.S. Senate Select Committee on POW/MIA Affairs held hearings in Washington chaired by then Senator John F. Kerry. Senator John McCain also was a major force on the Committee. 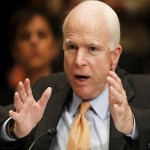 Chapter Six. The Cover-Up of U.S. POWs Left Behind in Vietnam . President Nixon’s declaration that all American POWs had been returned by Hanoi was not true. A cover up began that continues to this day.

Following the U.S. invasion of Iraq in 2003, Sydney Schanberg was one of the first reporters to reveal that the pretext for that war had been established in the 1990s via a manifesto published by the neo-conservative think tank, Project for a New American Century, founded by men who later became major figures in the Bush Administration. In the book’s final chapter, Sydney dissects the ideology that spawned one of the longest and most controversial wars in American history.

Chapter Seven. The Bush Doctrine in Iraq.  Long before the Iraq War, Neo-Conservative ideologues who would later run the Bush Administration formed a think tank and published a blueprint for that conflict — nobody paid any attention.

Reviews and Praise for Beyond the Killing Fields 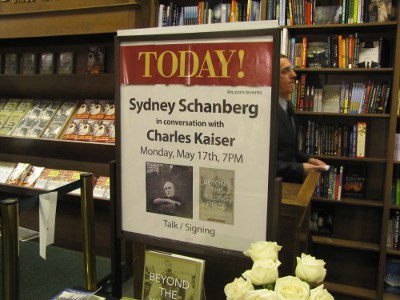 “There is a biblical quality to this story. What you have in this book is a tremendous, bone-chilling piece of eyewitness war correspondence. What makes it truly extraordinary, however—what makes it a transcendent and classic piece of war literature—is the story of the survival of Dith Pran and the deepening affection between two men from different worlds. Caught up in a war in which the vile and inhuman have become commonplace, two men are reborn by discovering the depths of their own humanity. In the end, they have won a personal victory over war itself.”
—Russell Baker, Pulitzer Prize-winning journalist, humorist, chronicler of American life, former columnist for the New York Times, and former host of Masterpiece Theatre

“I recommend reading this remarkable book all at once, as I did. You’ll learn things. You’ll be fascinated and moved. It puts the reader where the reporter was and leaves you with an indelible picture of war as it is. The past—and the myriad, uncounted noncombatant victims of three wars—are brought back to life. Sydney Schanberg’s writing matches the intensity of the stories he has to tell and makes you feel the hurt. ‘This is what it’s like. Look,’ it says. ‘Don’t look away.’ It’s hard, necessary information.”
—Sam Waterston, star of the long-running television drama Law & Order, who was nominated for an Academy Award for his portrayal of Schanberg in The Killing Fields

“Sydney Schanberg is one of the greatest war correspondents of the twentieth century. His passion for Cambodia is outweighed only by his passion for the truth and for his dear friend and colleague Dith Pran. This book is a chilling historical document that lyrically captures some of the darkest periods in American—and human—history. It is both great journalism and great art.”
—David Rohde, two-time Pulitzer Prize–winning reporter for the New York Times

“In a first-ever compilation of Schanberg’s war reporting, Beyond the Killing Fields, readers have the opportunity to revel in Schanberg’s crisp and cogent writing as he reported on the gradual descent of Cambodia from a staging ground and sideshow in the greater Indochina conflict to its own internal self destruction. Even though we all know the outcome, reading the reporter’s dispatches as the Khmer Rouge closes in on Phnom Penh puts us back in the place and allows us to share the sense many felt that maybe it wouldn’t be so bad after all. At the same time, knowing the outcome, you can’t help but feel a sense of dread and horror as Schanberg describes individuals who do not know that they are doomed. With that chilling record of events and the complete 1980 New York Times Magazine piece alone, the book is worth its price. “ – R.V. Lee, history.net    Read the full review

“Beyond the Killing Fields is an anthology of Schanberg’s articles from Cambodia, Vietnam, Bangladesh, and Iraq, written over the course of more than thirty years. The fact that the stories from Bangladesh are so eerily similar to Cambodia underscores at point Schanberg makes in the introduction of this fine book…”  – Mekong.net  Read the full review