An Excerpt from the Preface

Why put together a collection of old war stories? What useful purpose does it serve? My answer is simple. To me, now a septuagenarian, it seems that our planet — and maybe Washington in particular — has become almost comfortable with regular wars. President Eisenhower’s warning to America to beware of “the military-industrial complex” has been brushed aside.

We Americans are notoriously deficient about taking lessons from our own history. So perhaps this book will remind people what war is really like. Slaughter is no less bestial now than it has been through recorded history.

Armed with this knowledge, the next time a politician says we must invade and destroy evildoers who are being well contained by other means, maybe we’ll think twice.

What’s in Each Chapter

Chapter Two. The Killing Fields
The desperate search for Schanberg’s Cambodian colleague Dith Pran who was unable to leave the country and became lost, for nearly five years, in the madness of the Khmer Rouge regime.  See Chapter Two pictures.

Chapter Five. Return to Cambodia: A Military Coup
Years after the defeat of the Khmer Rouge, Schanberg returns to assess Cambodia — and a military coup erupts. See Chapter Five pictures.

Chapter Six. The Cover-Up of U.S. POWs Left Behind in Vietnam
President Nixon’s declaration that all American POWs had been returned by Hanoi was not true. A cover up began that continues to this day. See Chapter Six videos.

Chapter Seven. The Bush Doctrine in Iraq
Long before the Iraq War, Neo-Conservative ideologues who would later run the Bush Administration formed a think tank and published a blueprint for that conflict — nobody paid any attention.

About the Editor – Robert Miraldi 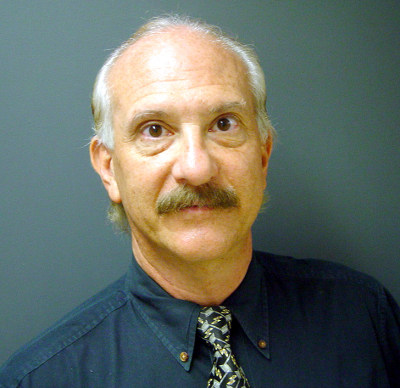 Robert Miraldi is an award-winning author and journalist, who has taught at the State University of New York’s College at New Paltz since 1982. Much of his scholarly work has been about investigative reporting.

Dr. Miraldi’s first book, Muckraking and Objectivity: Journalism’s Colliding Traditions, was published by Greenwood Press in 1991. In 2003, his biography of Charles Edward Russell, a Pulitzer Prize-winning investigative reporter, was published by St. Martin’s Press and named the best book in the country in Journalism and Mass Communication. He edited an anthology, The Muckrakers: Evangelical Crusaders, published in the fall of 2000. In addition, he compiled Beyond the Boys of Summer: The Very Best of Roger Kahn, an anthology of work by sportswriter Roger Kahn over his illustrious 50-year career, published in 2005 by McGraw-Hill.

For eight years Miraldi wrote a column about freedom of speech and press for the Gannett Newspapers, twice named the best column on legal affairs in New York State.

Miraldi was a newspaper reporter in New York City for 10 years before a journalism professor. He teaches news reporting, public affairs reporting, press history and mass media law and started the journalism program at the college — currently the largest and most active such program in the New York State public university system. In 1991, Miraldi was a Fulbright Scholar lecturing on the American press in the Netherlands. He lives with his wife, book author and investigative reporter Mary Beth Pfeiffer in Stone Ridge, NY. His latest book is Seymour Hersh Scoop Artist, a biography (Potomac Books, October 2013).