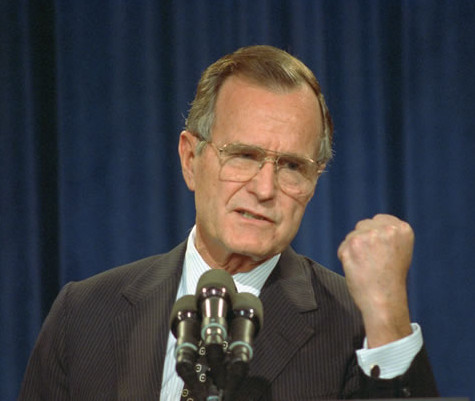 Information about American POWs that has been suppressed by the White House for almost two decades is surfacing now and could have a dramatic impact on key Washington officials, past and present — including President George Bush, who has been involved in the cover-up. The new disclosures, which are emerging from a variety of independent Vietnam War sources, will almost certainly establish that a number of American servicemen – possibly a sizable number – were still alive and in Communist hands long after Washington declared that all of our living prisoners had been repatriated.

The fresh information, buried for so many years, is being unearthed mostly by the Senate Select Committee on MIA/POW Affairs, whose persistent chairman, John Kerry (D-Mass.), is a highly decorated Vietnam veteran. And if the evidence being gathered by this committee is true, and all indications point to its credibility, then what we have before us is not merely a scandal but a national disgrace.

It is almost as if someone’s children were kidnapped and the authorities knew they were alive, but instead of telling the parents there was still hope, they told them the evidence indicated that the children must be presumed dead and nothing more could be done. And then 20 years later, with the government still trying to keep its cover-up intact, the parents learn they had been shamefully lied to and their children had been alive in captivity for a long time.

In our real-life case, it is the nation’s children we are talking about – men who served in Indochina and were captured and then publicly abandoned by their government. What must their grieving families be feeling now as they learn of Washington’s betrayal?

As a journalistic veteran of Indochina, I’ve been gathering information on MIAs for years and have for some time believed what is being confirmed now. When I occasionally broached the possibility of a cover-up to friends, they would ask me, fairly: What would the government have to gain by not telling us that the Vietnamese or Laotians, years after the war was over, were still holding American soldiers as prisoners?

The answer, though bizarre, is not hard to fathom. Former President Richard Nixon and his foreign affairs adviser, Henry Kissinger, desperately wanted to disentangle the United States from Vietnam, so they pushed through a peace agreement early in 1973 and withdrew our combat troops. When Hanoi sent back 591 American prisoners, Nixon announced, on March 29, 1973, that all living American POWs had been freed.

But Kerry says that his new information, some of it from government documents recently declassified, shows definitively that when Nixon made that statement, he knew that a minimum of 244 Americans, and maybe far more, were still unaccounted for. Kerry notes that returning U.S. prisoners told their debriefers that 111 men had died or been killed in captivity. This would have left, of the minimum 244, at least 133 either alive or in status unknown.

Yet the government wrote them off, said they were “all dead” and stuck to its cover-up through five presidencies – Nixon, Ford, Carter, Reagan and Bush. To admit at any time that the White House had knowingly left men behind could have brought impeachment to any sitting president who had been involved – and certainly utter disgrace to a former one.So the truth had to be kept carefully interred and guarded.

Unfortunately, the national press corps for the most part bought the fiction fed to it by Washington – that the men were “all dead. ” Absent this journalistic delinquency, we probably would have learned the truth
long before now.

What was the role of the present White House occupant in all this? A large one, it would appear. George Herbert Walker Bush shows up as a constant throughout the narrative. One of his major duties as Ronald Reagan’s vice president, having not long before been an enthusiastic CIA chief, was to oversee intelligence activities for the White House. He was thus pivotal in keeping the knowledge of living prisoners from the public.

The impeachment potential explains the silence on Washington’s end. But what was Hanoi’s motive? Why did the Vietnamese hold on to the prisoners and lie about it all these years? That too is simply explained. They wanted bargaining chips, leverage to pry reparations out of the United States. So when Reagan and Bush stuck to their rigid, economic-embargo line and rebuffed all bids for development aid, the years passed and Vietnam could no longer admit, without international loss of face, its dark and ugly secret. So Hanoi began executing prisoners and burying the evidence, according to new information. A story in the current U.S. News & World Report says the Kerry committee has received testimony from a former senior Reagan official who said that right after Reagan’s inauguration in 1981, Hanoi offered to free American POWs in exchange for U.S. aid. The offer, the story said, was rejected. If this is true, then men were alive eight years after we were told they were “all dead.”

The Kerry committee is now asking the White House to release all secret documents relating to the MIAs. The White House is stonewalling. The families are waiting.