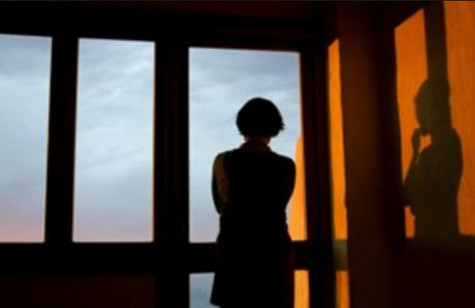 The Prospect Park rape victim talked about her struggle to exorcise these demons that vie daily for primacy in her mind.

The young woman sat in her lawyer’s office on Saturday and, as she retold the details of the rape last spring in Brooklyn’s Prospect Park, her agitation seized her. At times in her narration, the woman would lower her face, pick at a tiny spot in the lap of her denim jumper and start to weep. “I think about it,” she said. “God forbid, I think about it. There’s no place I can go where I won’t have to think about it.” Then she would gather herself and straighten her back and talk about the rape and “losing control” and “being powerless” and asking herself constantly now: “How the hell can I come to terms with that?”

She talked about her struggle to exorcise these demons that vie daily for primacy in her mind. “I wanted to go back to Prospect Park today, to confront the scene, but I can’t — because I’m afraid.”

She paused, tears forming again. “It makes me furious,” she said, explaining that anger, too, hot anger, is one of the emotions that swirl inside her now. No arrest has yet been made.

This 28-year-old black woman has a name and a full personal history, but for now her name in legal papers is Jane Doe, for the identity of victims of sex crimes is protected, to spare them further anguish.

Jane Doe has already had more than her share. As if the rape were not enough, only two days afterward, a columnist for the Daily News, Mike McAlary, wrote that she had made the whole thing up. He called her a “hoaxer…looking for publicity,” said that by “coming forward with her fiction” she had committed “a crime against all women” and predicted that for doing this she “probably will wind up getting arrested herself.”

The young woman thought back to that column by McAlary on April 28, 1994. “Right after the rape, the first couple of days, I sealed my mind off, as if it had happened in a dream. Then a counselor showed me the article, said it was better to see it from her. I couldn’t believe it. It was like a sucker punch.”

She paused a few seconds as the memory took over. She pulled in a deep breath and through almost clenched teeth, she said, “How could someone who didn’t know me attack me like that? I asked myself, what did I do to deserve this?”

She has no money to speak of and her parents, too, are of modest means, but she has decided nonetheless to fight for her dignity, to strike back against the Daily News and McAlary by bringing a libel suit against them. She found an attorney of skill but, more important, of character. Martin Garbus took the case on a contingency basis, which means he will be paid only if he and she can endure the Daily News’ apparent intention to drag the process into infinity.

McAlary didn’t stop with one column. He called her a liar in a passage of a later article and then devoted an entire second column to the rape case. This second one was even more brazen than the first. The police lab report, confirmed by the medical examiner, had shown semen on the clothing and inside the body of the woman; the finding was unequivocal. Yet McAlary, who had never contacted the woman or examined the medical evidence and whose columns relied solely on unnamed police sources, wrote flatly on May 13 that the lab had made a “mistake.” “No semen had been found,” he wrote. “At best…the substance was saliva, male or female.”

On the contrary, the police lab report said, without qualification: “The substance found in the victim’s shorts and on the [vaginal] swab is semen.”

This did not faze the Daily News hierachy. Editor Martin Dunn said: “Mike McAlary has written twice on the issue and we stand behind him.” About 30 Daily News staffers signed a petition describing McAlary’s reporting as “a disgrace” and calling on the paper to issue “a public apology” to the young woman, “as well as [to] all of our readers.”

The Daily News layers, in their public statements and i their legal answering papers, say that McAlary’s sources were “known by him to be reliable” and thus he was “completely justified” in writing the columns. The defense strategy, it would appear, is to rely on McAlary’s sources but contend that McAlary need not name them because they are confidential. A second defense seen in their papers, is to contend that all of McAlary’s accusations were protected because they were matters “of opinion.”

The young woman is enraged when she thinks about the lawyers who are spinning words that, while they don’t exactly say she wasn’t raped, end up protecting the man who did say that. She spent Jan. 25 undergoing the first of what will be several days of pretrial questioning by the News’ lawyers. “it was excruciating to sit in that room and tell them all the details of what happened and know that they’re going to try to use it all against me.”

Because she cannot yet cope with the memories of New York, this articulate, Yale-educated woman has gone home for now to live with her parents in Cincinnati. In New York, she led a rich life and was pursuing a theater career in Off-Off-Broadway productions. In Cincinnati, she said, there are “no opportunities” of this kind. She works at an office job.

“It never crossed my mind that anyone would disbelieve me,” she said. “If I don’t stand up to him, he could do this to someone else with impunity.”

Of her life now, she said softly: “Its not a good feeling to feel constantly threatened.  When I’m out in the daytime, I sense danger, so I cross the street. I prided myself on being independent. I’m not that way anymore.” She began to cry. “I can’t really live my life.”