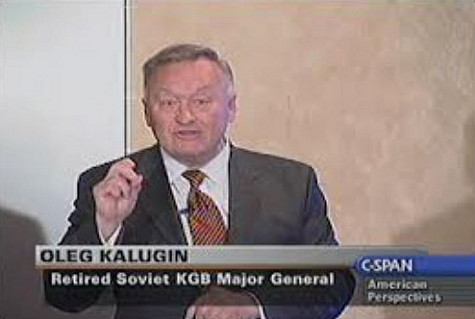 North Vietnam told us that it returned all its American prisoners in 1973. Now, we have a fresh and haunting report that a number of American POWs, mostly fliers, were still alive in Vietnam possibly as late as 1978 — and that U.S. intelligence may have known about it. The information comes from an investigative report aired on Australian television, but barely touched by the American press. The report was based on two sets of filmed interviews. The first sources were senior Soviet intelligence agents, who said they had interrogated captured American pilots years after Hanoi said it had sent all the prisoners home. Then came interviews from the American side, with two retired analysts from the National Security Agency; they said that Soviet and Vietnamese radio messages intercepted by U.S. intelligence indicated that 50 to 75 captured U.S. fliers had been flown from North Vietnam to the Soviet Union for interrogation.The Soviet operatives said their interrogations also took place inside North Vietnam and that they believed all the fliers they questioned were later executed by the Vietnamese. The retired American security officials said that American fliers who were bombing North Vietnam “suspected” Hanoi was executing downed air crews, but that U.S. commanders never told airmen what had been learned from intelligence reports.

These quite dramatic revelations, which were aired in Australia on Oct. 27, were not picked up in the United States until about a week ago, when The San Diego Union ran a story about the documentary. The New York Times picked it up in a brief article in last Sunday’s edition. The only comment so far from the Bush administration is a Pentagon statement that interviews with returning American prisoners had turned up no evidence of Soviet interrogations but that the allegations were being looked into. Perhaps the administration could look into them with the utmost speed and get back to us with some honest answers, so rarely given on the MIA issue.

One of the key Soviet interviews in the Australian documentary was with KGB Gen. Oleg Kalugin, who said the Soviets were interrogating captured flight crews not only after the United States ended its combat involvement and pulled out its last troops in 1973, but even after the Vietnam war ended in April of 1975 with the communist victory. Kalugin and others said they were trying to find out details about American military equipment, such as devices for evading ground-to-air missiles. Gen. Kalugin would appear to be a very strong source – certainly one worthy of serious media attention and one whose assertions deserve a White House reaction just a tad more interested than a pallid we’re-looking-into-it.

For one thing, Kalugin headed the KGB interrogation operation in Vietnam from 1975 to 1978. More recently, after the failed coup attempt against Mikhail Gorbachev in August, the Soviet president brought Kalugin out of retirement to reform and reorganize the KGB. In his “Australian 60 Minutes” interview, Kalugin said he was willing to go to Washington to talk about the paws. He and other KGB agents interviewed said the reason they were going public about the POW interrogations and the Soviet secret war in Vietnam was that the Vietnam operations had been ordered by some of the Communist hard-liners who had tried to oust Gorbachev and undermine the movement for national change. Another Soviet official interviewed was in charge of Soviet secret flights in Vietnam; he said that a number of Soviet military personnel were killed in Vietnam, but that Moscow kept these deaths secret. An airman involved said the Soviet public had a right to know of the sacrifices and losses. Families of those lost received no pensions, he said.

Where does this new information take us? Where does it leave the overriding question: Are there any American servicemen still being held prisoner in Indochina?

The keywords are “held prisoner.” Because after every war, some men do stay behind of their own choice – such as deserters or men who marry local women or men whose lives become so degraded during the war by drugs or criminal activities that returning home is not an option, Certainly, at least a few such Americans are living in Indochina, more likely in remote areas than in cities or towns.

But prisoners? Though anything is possible, the Soviet testimony in the Australian television report suggests that the Vietnamese were systematically eliminating the evidence of their crime: that they kept prisoners after the signing of the peace accord in 1973.

And if all or nearly all of these prisoners have been executed, perhaps there is an issue beyond condemnation of the North Vietnamese. Did Washington know the fliers were being executed, as the fresh information suggests? And if so, why did U.S. officials not raise a hue and cry at the time – when they were negotiating the peace accord? Was it because President Richard Nixon and company were so desperate to get out of the Vietnam quicksand that, to avoid derailing the negotiations, they chose silence about these men? And have his successors in the White House chosen silence, too?

If Americans are to really put Vietnam behind them, they deserve some answers. Finally.