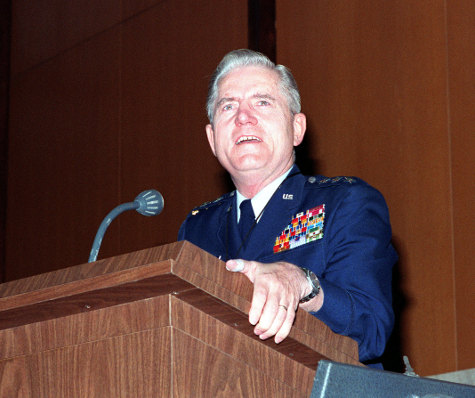 One of the reasons why the truth has never been pried loose about Vietnam MIAs – many of whom were knowingly left behind by Washington and some of whom are very likely still alive today – has to do with the failure of the nation’s key media organizations to make the missing men a major issue.

Instead, the prestige press — both the powerhouse newspapers and the television networks — have largely bought the government’s line. It is a line that, for nearly 20 years through five presidencies, has wiggled and curved and snaked every time new evidence has emerged from independent sources. The magnitude of this Washington cover-up borders on national infamy.

How does one explain why, with the surfacing of each fresh clue about living POW s, the government network of intelligence agencies rises up to smite the clue dead with an arsenal of those weapons known as smear and disinformation?

Example: In the mid-1980s, when Lt. Gen. Eugene Tighe defied the cover-up and said out loud that he believed from the evidence at his disposal that American servicemen were still alive in Indochina, his testimony and reports were censored and sanitized before being made public. The evidence in Tighe’s hands was neither casual nor flimsy; he was the head of the Defense Intelligence Agency during the key period toward the end of the Vietnam War and for some years thereafter. Tighe was not only censored, he was trashed. When the cover-up network grew worried that the views of this widely respected intelligence expert might reach the press and gain prominence, the smear team was dispatched. Col. Richard Childress of the National Security Council, for one, called Monika Jensen-Stevenson, a “60 Minutes” producer who had talked to Tighe, to warn her off the story. He said, according to Stevenson, that Tighe “isn’t too bright. ” Senility was suggested.

Similar defamation campaigns were waged against others who bucked the government line, such as the highly decorated Maj. Mark Smith and Sgt. 1st Class Melvin McIntire, former Green Berets assigned to find missing men in Laos. They said that in 1984 they located three American prisoners and reached an agreement with the Laotian captors for their release. But, said Smith and McIntyre, their information was disowned by their superiors, and no one was sent to the agreed pick-up point on the Thai-Lao border. For refusing to stay silent about this, both men were charged with criminal offenses and brought home. They have since been cleared of all the charges and are now suing the government to force it to produce its files and account for all missing men. The disinformation team, Childress included, immediately began spreading the word that Smith was a wife-beater and that both men had been caught smuggling gold into Thailand.

Producer Stevenson didn’t buy the smear campaign – though most in the press did. With her husband, William, a writer with good intelligence sources, she wrote a book called “Kiss The Boys Goodbye.” The book, though by no means a complete history, if for no other reason than the government’s stonewalling and deceptions, nonetheless presents a detailed and powerful case. It shows how the prisoners left behind at the time of the 1973 peace treaty in Vietnam, though known about, had been negotiated away in Washington’s haste to get out of the war and lift the shadow of Vietnam off America’s psyche. The book also demonstrates that the likelihood of some of those men being alive today is very strong.

“Kiss The Boys Goodbye” was published in hard cover in 1990 and in paperback last year. How many of you have heard of it? How often have you seen it referred to in The New York Times, The Washington Post, the Los Angeles Times or on any of the major television networks? I cannot offer a precise explanation for the press’ general silence except to note that the Pentagon, the State Department, the Central Intelligence Agency and other covert operators have all used considerable of their energies to try to discredit this book. And beyond this, the press — regrettably a reactor rather than leader most of the time — was following the mood in Washington, which was to erase Vietnam from memory.

Beyond its implications for the reputations and careers of those who have led America for the past two decades, including such as George Bush, the cover-up campaign at the human level has visited unforgivable cruelty on the families who believe their men may still be held in Indochina.

Some have gone frequently to Southeast Asia to search out information as close to the scene as possible. Occasionally, they are led astray by local hoaxers and con men selling fake “evidence. ” But most of the time the hoaxers are the men of Washington – who bedevil — the families and intimidate them and jerk them around and warn them that if they talk to the press, it will impede the government’s efforts to get information. What efforts?

Yesterday in Washington, in response to renewed pressure from these families, the Bush administration – perhaps because of its vulnerability in this election year – released a stack of MIA documents. One of Gen. Tighe’s reports, from 1986, was among them; it said: “There is information … which establishes the strong possibility of American prisoners of war being held in Laos and Vietnam. ”

Maybe now the national press, heretofore either lazy or cowed, will finally stand up and make a commitment to dig out this story.