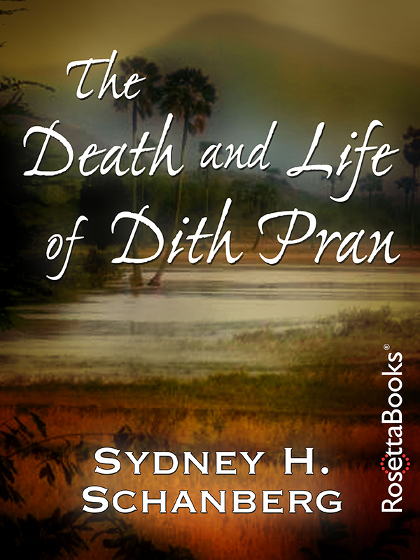 With the addition of an all new prologue, the lives and fates of New York Times foreign correspondent Sydney Schanberg, and his reporting partner Cambodian journalist Dith Pran, are brought up to date in The Death and Life of Dith Pran eBook. The prologue completes the story and explains what happened to both reporters during the 20 years after Dith Pran escaped from Cambodia and came to the United States. The eBook also tells the original story on which the Academy Award-winning film “The Killing Fields” was based. 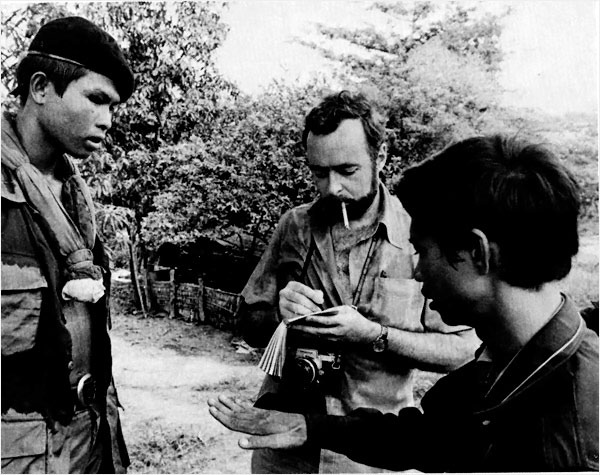 While Schanberg takes notes, Pran interviews a government soldier about the intensive American boming in early August of 1973. The bombing was ended by order of Congress on August 15. The Cambodian soldier wears a scarf filled with good-luck amulets.

Published as a New York Times magazine article in 1980, and later as a companion hardcover book for the film “The Killing Fields,” this eBook is the best-known eyewitness account of the fall of Cambodia to the genocidal Khmer Rouge in 1975. In the book, Sydney Schanberg reports on events during in the final days of the Communist takeover when when foreigners gathered in the French Embassy for safety. As a Cambodian, Dith Pran was ordered to leave the compound and join the mass exodus from Phnom Penh after the Khmer Rouge ordered the city to be emptied. After four years of near starvation and forced labor during the Khmer Rouge “agrarian revolution,” Pran escaped to a refugee camp near the Thai border. Schanberg was then able to bring him to the U.S. and to The New York Times. In praise of the book, former New York Times columnist Russell Baker commented: ““There is a biblical quality to this story.”