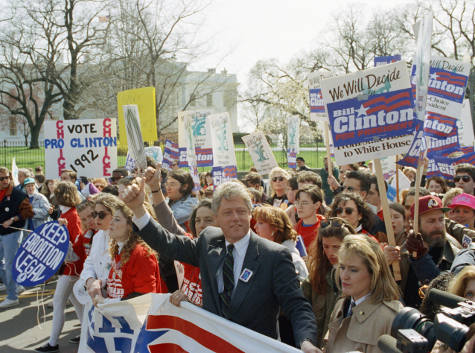 American politicians are still trying to erase Vietnam from their  memories. Our political mythology imbues us with the idiocy of “We’re number one!” so we aren’t very good at handling defeats in war – and no good at all at learning something from them.

This helps explain why there’s not one word about Vietnam MIAs in the draft platform of the Democratic Party, now celebrating its quadrennial wake. And yet, at the same moment as the party’s latest standard-bearer, Bill Clinton, thrusts this history-denying document at us, powerful information continues to surface about a cover-up that has for nearly 20 years kept hidden from the public the truth that a number of American servicemen were alive and in Communist hands long after Washington announced that all of our living prisoners had been released by Hanoi and brought home.

I wrote about this cover-up in a column last week and since then, people have been asking if I believe, from the evidence I’ve seen, that some of the prisoners whom our government knowingly abandoned in 1973 when it signed the peace treaty with North Vietnam are still alive. The answer is, I can’t be sure but I believe it is quite within the realm of possibility.

A lot of the prisoner evidence is now coming to light through the digging of the Senate Select Committee on MIA /POW Affairs, headed by Sens. John Kerry and Robert Smith. But a lot more is still to come.

Credible sources have told me that a former senior member of the Reagan and Bush staffs has held recent private conversations about men still being held prisoner, probably in Laos.

This former Reagan-Bush aide last worked in the White House as a special assistant to President George Bush and now runs a business with heavy Asian connections. His ties to the White House remain extremely close. In one of his MIA conversations, some months ago, he is reported to have told a major GOP contributor that a recent clandestine operation had uncovered the existence of “30 men in prison. ” The aide mentioned Laos and said, “I’ll be speaking to Mr. Bush about it next week.”

Unknown to the two participants, this conversation was overheard by a third person, who brought the information both to me and to the Kerry-Smith committee. Like so much of the information that sits in the MIA files, it needs intensive professional investigation — an investigation insulated from White House interference.

One difficulty in assessing some of the unfolding information is that a wall of denial has been maintained through five presidencies. These presidents and their aides, realizing that their cover-up is at least as egregious as was Watergate, are still refusing to acknowledge the truth. They understand that disclosure could lead not only to outrage but even to impeachment for abuse of power.

The cover-up originated with Richard Nixon and his foreign affairs guru, Henry Kissinger, who were so determined to win the political benefits of getting out of Vietnam that they agreed to the 1973 peace treaty even though, according to the evidence, they knew that American soldiers – possibly even a few hundred – were still captive. Why did the Vietnamese keep them? For blackmail, most likely, to pry “reparations” out of Washington.

And why did both sides remain silent about this ugly secret? In both cases, it was the fear of censure and ignominy.

On Hanoi’s part, the blackmail didn’t work because Washington took a hard line and got the western world to join in an economic embargo that was eminently successful in crippling the Vietnamese economy. Once a number of years had passed, the Vietnamese leadership felt it could no longer divulge its prisoner secret, without destroying its intensive campaign to get back into the world community and receive development aid from such entities as the IMF and the World Bank.

As for Washington, American leaders knew they could never get the public to understand why they closed their eyes to the men whom Hanoi decided to hold on to. How could any president tell the American people the truth and still remain in office – the truth that this was the national sacrifice he decided we had to make in order to get the war over with?

What was George Bush’s role in this shameful story? When the cover-up began, he was chairman of the Republican National Committee. After that, Nixon made him the first American envoy to China. And after that, in the presidency of Gerald Ford, he became director of the Central Intelligence Agency. That was in 1976, and that was when, even if he didn’t know earlier, he had to have become aware of the cover-up — because it was a pivotal intelligence matter. And then he became vice president, where he was in charge of intelligence issues for the Reagan White House. As such, Bush was the official to whom Vietnam veterans active in searching for MIAs brought their evidence of living POWs. Now, desperate for re-election to a second term as president, Bush keeps stonewalling the Senate requests for classified documents.

After the Iraq war last year, Bush said: “By God, we’ve kicked the Vietnam syndrome once and for all. ”

Meanwhile, Bill Clinton, who wants Bush’s job, can’t bring himself to put Vietnam in his platform.