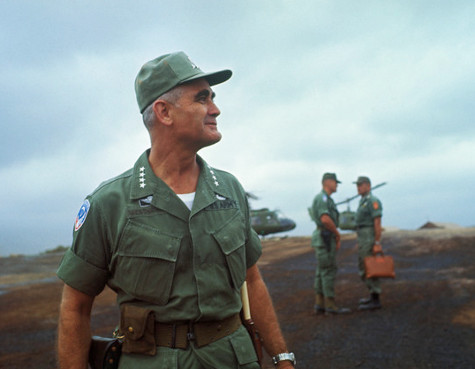 At the end of every war, there are soldiers missing in action whose bodies are never found. And at the end of every one of its wars, America accepted the impossibility of physically accounting for all the missing and thus, with pain and sadness, closed the books. We did so, at least, until the Vietnam War.

The missing from that war still shadow us, for the reason that the war itself remains unresolved. It is almost as if we refuse to let go of the MIAs until we have worked out what Vietnam meant and has done to us. The latest manifestation of this shadow is a cover story about the MIAs in the current issue of Life magazine. It is judiciously written, in a manner designed not to dramatically raise hopes that American men are still being held prisoner but at the same time not to extinguish those hopes altogether, either.

There is nothing astonishingly new in this well done report, only the affirmation that the uncertainty and anguish do not go away for thousands of relatives and friends of the unaccounted for.

Again, the numbers of the missing do not explain why the specter still lingers 14 years after our combat troops were pulled out of Vietnam. There are 2,411 men and two women listed as missing in action in  Indochina, out of the more than 2-1/2 million American military and civilian personnel who served there and out of the 58,156 who died there. In World War II and Korea, the proportion of missing to killed was much higher (8,177 out of 54,000 killed in Korea and nearly 78,777 our of 405,000 killed in World War II) – and yet after those conflicts, we as a society were able to accept the missing as one of the unfortunate but inevitable consequences of war.

It is of course a cliche, and therefore carries truth, that because we lost in Vietnam and had to leave in a less-than-proud fashion, we are unable to come to terms with this piece of our history and unable to put it behind us. But it is also much more complex than that. There is guilt from the knowledge that we have still not properly honored the veterans of Vietnam. And there remains, too, the belief in some quarters that our government has not done, and does not do, enough to resolve the missing-in-action puzzle — to track down the leads and clues about possible survivors.

The Vietnamese insist that all prisoners were returned in 1973. But “live” sightings of westerners who could be prisoners of war (or stayed behind for other reasons) have persisted to this day, most of this evidence coming from Indochinese refugees who have fled Vietnam, Cambodia or Laos.

There have been nearly a thousand of these sightings, but the Pentagon has reduced the number it considers credible to a hundred or less. The official stance is that there is only the smallest of likelihoods that American military men are still being held prisoner. But conflicting signals crop up all the time.

A carefully researched BBC documentary aired earlier this year concluded that American prisoners existed and “were alive at least up to 1978.”

The Life story quotes former national security adviser Richard Allen as saying there’s “a very, very strong chance of American POWs still being held.” And Gen. William Westmoreland, former chief of U.S. forces in Vietnam, says that when the Vietnamese issue their denials about POWs “in Vietnam,” they may be playing word games. He explained: “They’ve never said there are no live POWs in Laos or Cambodia, which are totally under the domination of Hanoi.”

Laos has been a prime focus of families, and former soldiers trying to follow up the many reported sightings, because it was an area where many American planes were shot down and the crews parachuted into the jungle. Rescue raids have been carried out, some of them private missions by Vietnam veterans, but also at least one White House backed foray by local anti-Communist guerrillas. All of these raids ran into obstacles, including government patrols, and in none of them was an American prisoner sighted. The goal was to bring out at least one POW as proof that some men are still there.

Yet the failure of these missions has not put an end to the searchers’ gut feeling that maybe a few dozen or more Americans are still captive. As in my own case, having covered the war, the mind says the chance of this being true is very remote, but the stomach says it just-might be.

Why would the Vietnamese be holding these men, the rationalists ask; if discovered, wouldn’t it be another black eye for Hanoi’s international image? But then, the visceralists ask, isn’t it possible they held the men at first as hostages in their unsuccessful bid to get war reparations from Washington and are now faced with severe embarrassment if the prisoners are revealed? Some American delegations to visit Hanoi in recent months have reported that the Vietnamese left open the possibility that there might be Americans living in the mountains or in other remote areas not under full government control.

What we come down to, finally, is that no conclusive evidence has yet been produced one way or the other. Which is another way of saying that Vietnam clings to us hauntingly as unfinished business.